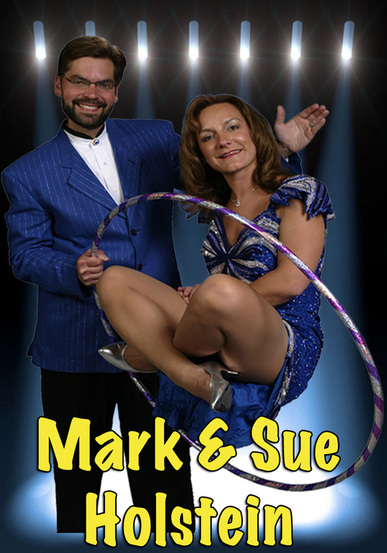 Master of Ceremonies
Mark & Sue Holstein are among the most sought after magical entertainers in the US. They specialize in spectacular magic and illusion, and have presented their special brand of magic and comedy on television, in theaters, on casino stages and just about any other venue you can imagine. Mark has served as a consultant and behind the scenes technician for some of the top magicians in the country. Recognized by their peers, Mark and Susan are often called upon to perform at magicians' conventions and gatherings. When they are not busy performing, Mark is an attorney for one of the largest companies in the world and Susan is a licensed clinical psychologist specializing in hypnosis. Mark and Dr. Sue live in Houston, Texas.
2016 Performers